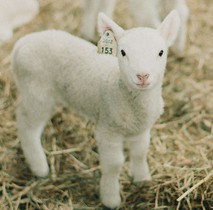 I have always been moved by Baxter Blacks article about Christmas from a few years back. He asked himself about the cow that would have shared his feeed trough with the 6 lb 8oz baby Jesus. What kind of cow? What was its role in the family?   Why was it there? I wanted to write something as moving as his comical Christmas commentary. There is only one Baxter.

While listening to a sermon by Mark Scott, on reaching the lost, I was drawn to the story in Luke 15 where a shepherd is also featured.   There were shepherds at the first Christmas in Luke’s gospel and there was a shepherd in the great picture of what Christmas is in the Parable of the Lost Sheep. A cursory reading doesn’t show too many commonalities, but as I dug deeper into the text, I was taken in by the real reason for Christmas.

The story starts with a shepherd who’s sheep has wandered off. A common problem amongst sheep.

Johnny, a third grader walked into his classroom where his teacher, Mrs. Smith, had written a problem on the Chalkboard. The problem read: “There are 20 sheep in a field and one sheep finds a hole in the fence….how many sheep are left in the field?”

When Mrs. Smith asked for answers, Johnny raised his hand. “None.” He said.

“No Johnny, that is incorrect.” Mrs. Smith answered.

“No Ma’am, Zero is the correct answer.” Johnny replied.

“No Johnny, the answer is 19 sheep are left in the field. It is obvious that you do not know arithmetic.” Mrs. Smith scolded.

Johnny replied, rather sheepishly: “Sorry, Ma’am. I do know arithmetic but it is obvious that you don’t know sheep!”

Sheep are prone to wander and this shepherd lost one of his. So he goes out looking for it and finds it. “And when he finds it, he joyfully puts it on his shoulders and goes home. Then he calls his friends and neighbors together and says, ‘Rejoice’ with me, I have found my lost sheep.” (Luke 15.5-6)

He does three things after finding his sheep: (1) Calls his friends; (2) Rejoices; (3) tells everyone the good news.

Not all that uncommon from the last time shepherds came up in Luke’s Gospel. In Luke 2 a group of Shepherds take center stage, like Linus on Charlie Brown. Linus would be the one who declared the message on CBS, but on that night the angel broke the news. “The angel said to them (the shepherds): ‘Do not be afraid. I bring you good news of great joy that will be for all the people. Today in the town of David a Savior has been born to you; he is Christ the Lord.” (Luke 2.10-11)

The shepherds: (1) get the good news; (2) get great joy; (3) for all the people. The shepherds go through the same steps show in the Parable that Jesus would tell 33 years later.

Luke 15 is the Christmas story…same words, same verbage, same meaning. The story is God, the good shepherd coming to Earth in order to find his lost sheep. Its finding Christmas, 13 chapters later.